Not enough stock.
Your item was not added to your cart.

PERFECT COMBINATION OF TECHNOLOGY AND AESTHETICS

In the long-distance race test, DURO series with the most outstanding performance has decided to include this Team’s all-rounded bike in the racing bike list of GUSTO’s Professional Team. In response to different race distances and road conditions, these two first-class bike frames will become the winning weapon for the team championship. Meanwhile, most of the national champions will be switching to the DURO series making it their designated bike.  With its highly acclaimed test results, it is expected that DURO series will soon set off a hot whirlwind in the market. 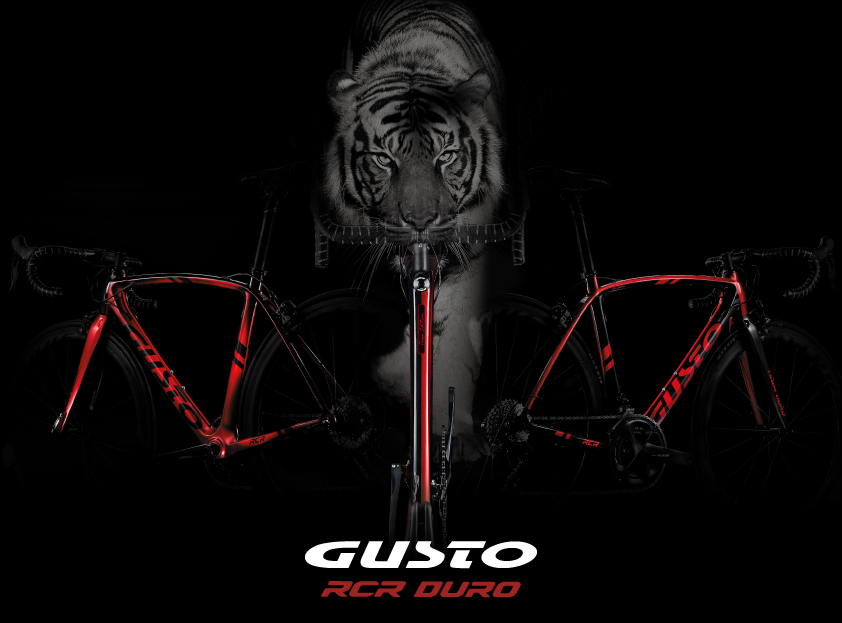 The bow-shaped frame design and high-modulus damping material (INNEGRATM USA), the upper tube, and the rear upper crossbar of the bike’s body greatly reduce the pain caused by the long-term grip, the seat cushion position, the ride, and possible sports injuries. 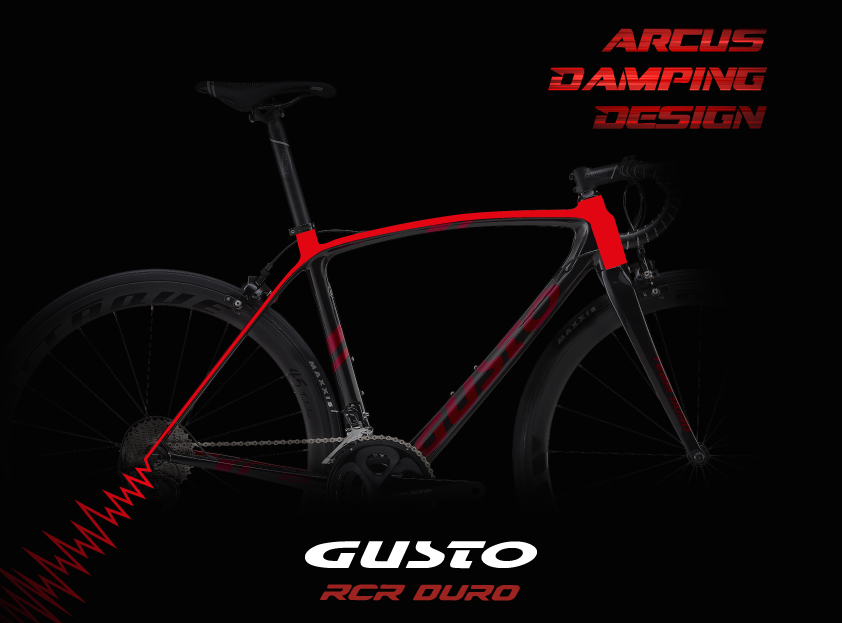 The special arch-type damping design on the frame structure will bring the stability and comfort of the cockpit to the extreme. 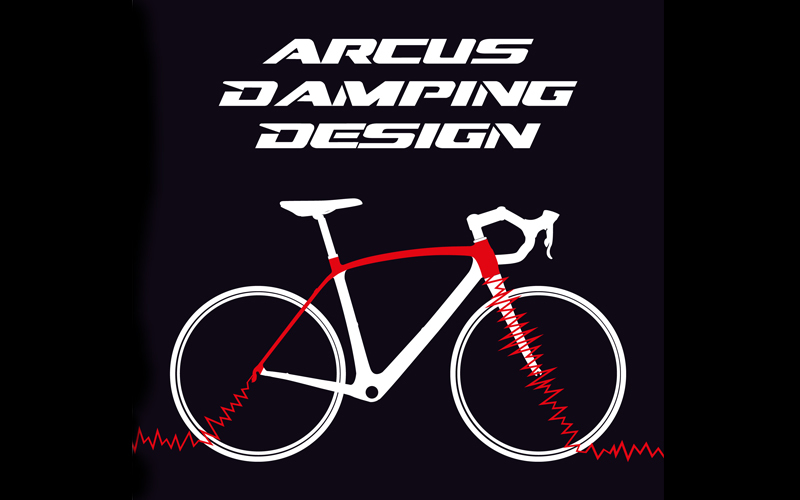 Apart from the GUSTO European professional cycling team that has decided to use this bike in the long-distance race, it is also the designated bike for many champions of various countries in the UCI Europe Tour.

The frame design is bold and adopts the most popular Asymmetric finishing design in Europe. The GUSTO family products have subverted the old-fashioned appearance of traditional bicycles in the concept of “aesthetics”. 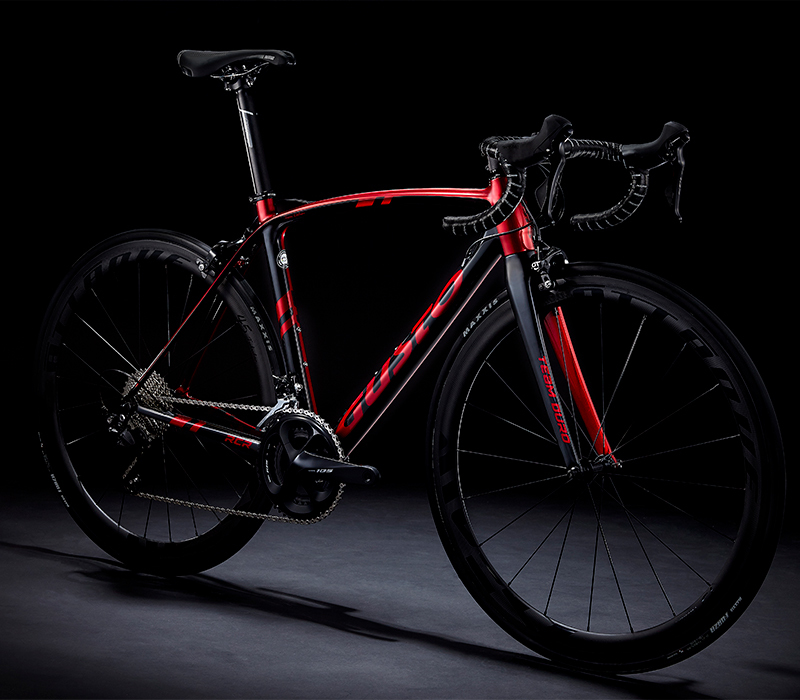 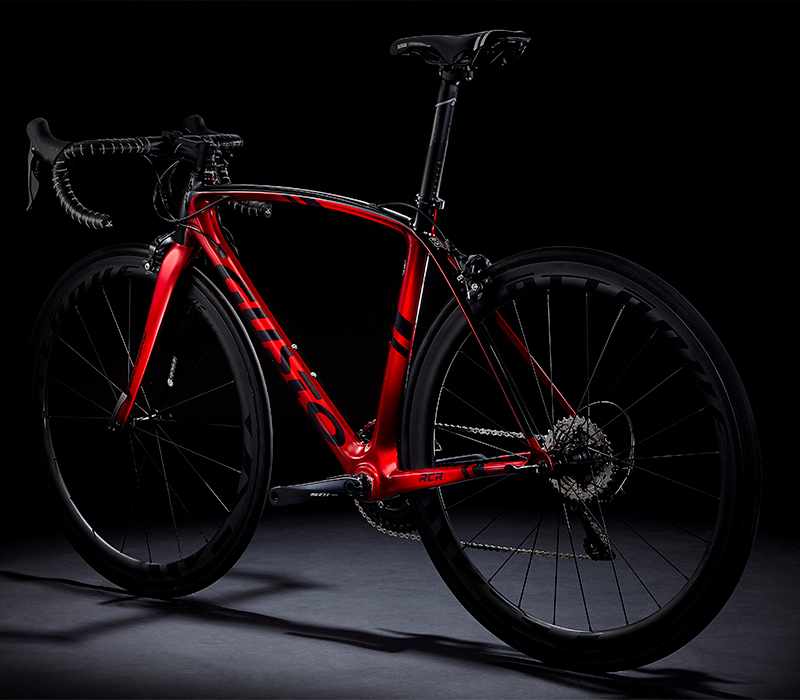 INNEGRATM, the world’s leading material, is the world’s lightest high-performance fiber.  Its high-modulus material properties and Japan’s Toraya T1000 high-rigidity carbon fiber material have greatly improved the frame rigidity and the shock absorption stability of the bike through the carbon composite technology developed by the GUSTO R&D team. The high-rigidity and high-modulus (toughness) top carbon composite technology will greatly reduce the pain or possible sports injuries caused by bumpy roads during long-distance riding. 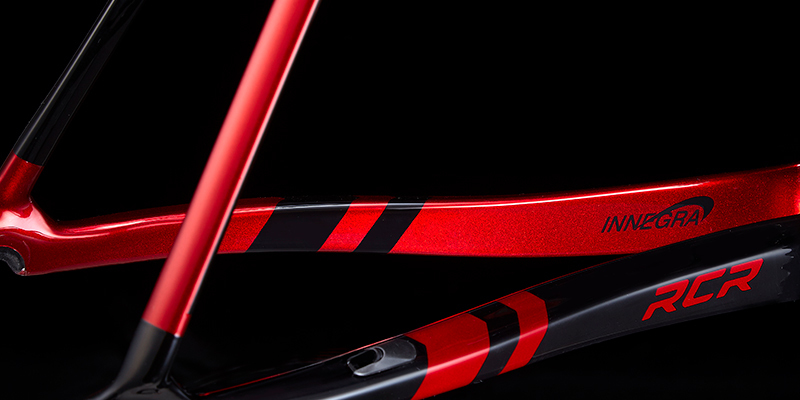 We are using the full Shimano Ultegra R8000 transmission and braking system with new 11-34T cassette. 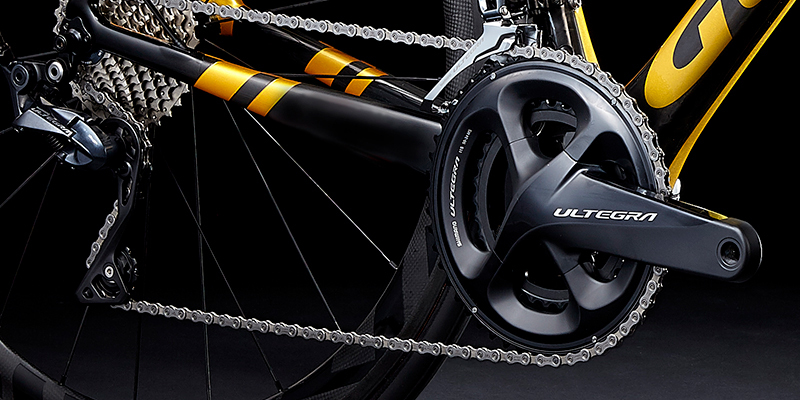 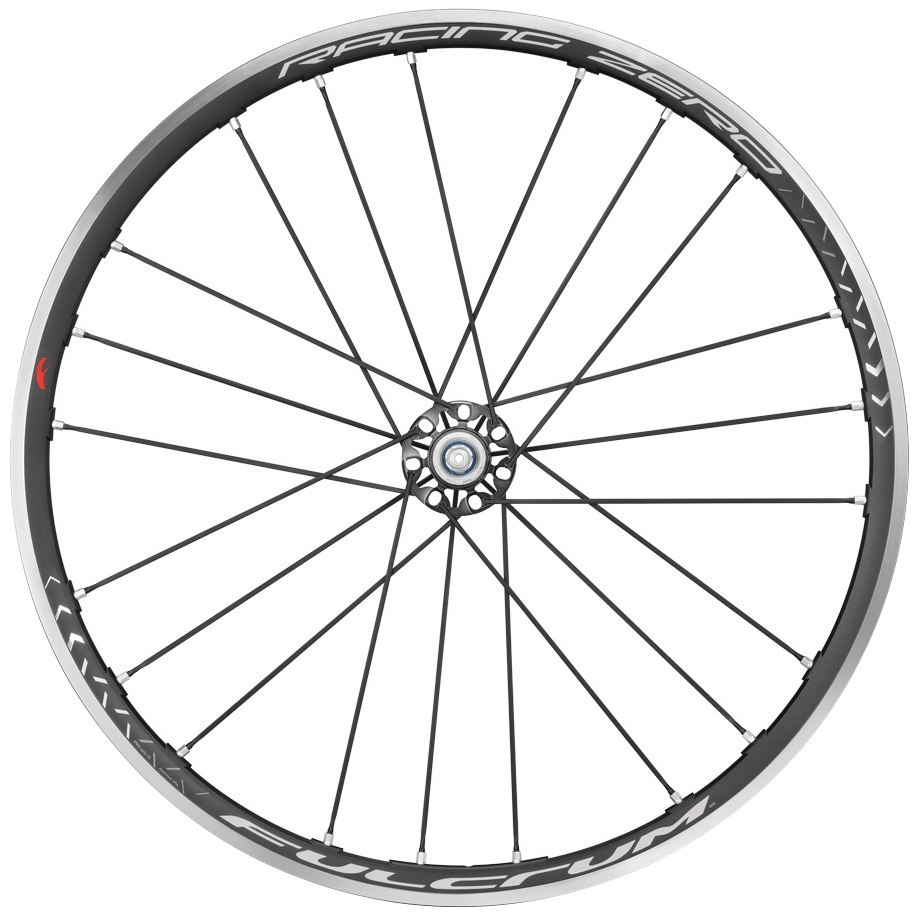 DURO Legend features with the professional racer’s Carbon Seat Post, greatly reduce the overall weight, and larger adjustable degree on the seat post, allowing the rider to finetune the best riding position. The unique design on the seat post, joining the asymmetry paint on both sides of the frame, making it looks astonishing and Super Cool on your ride. 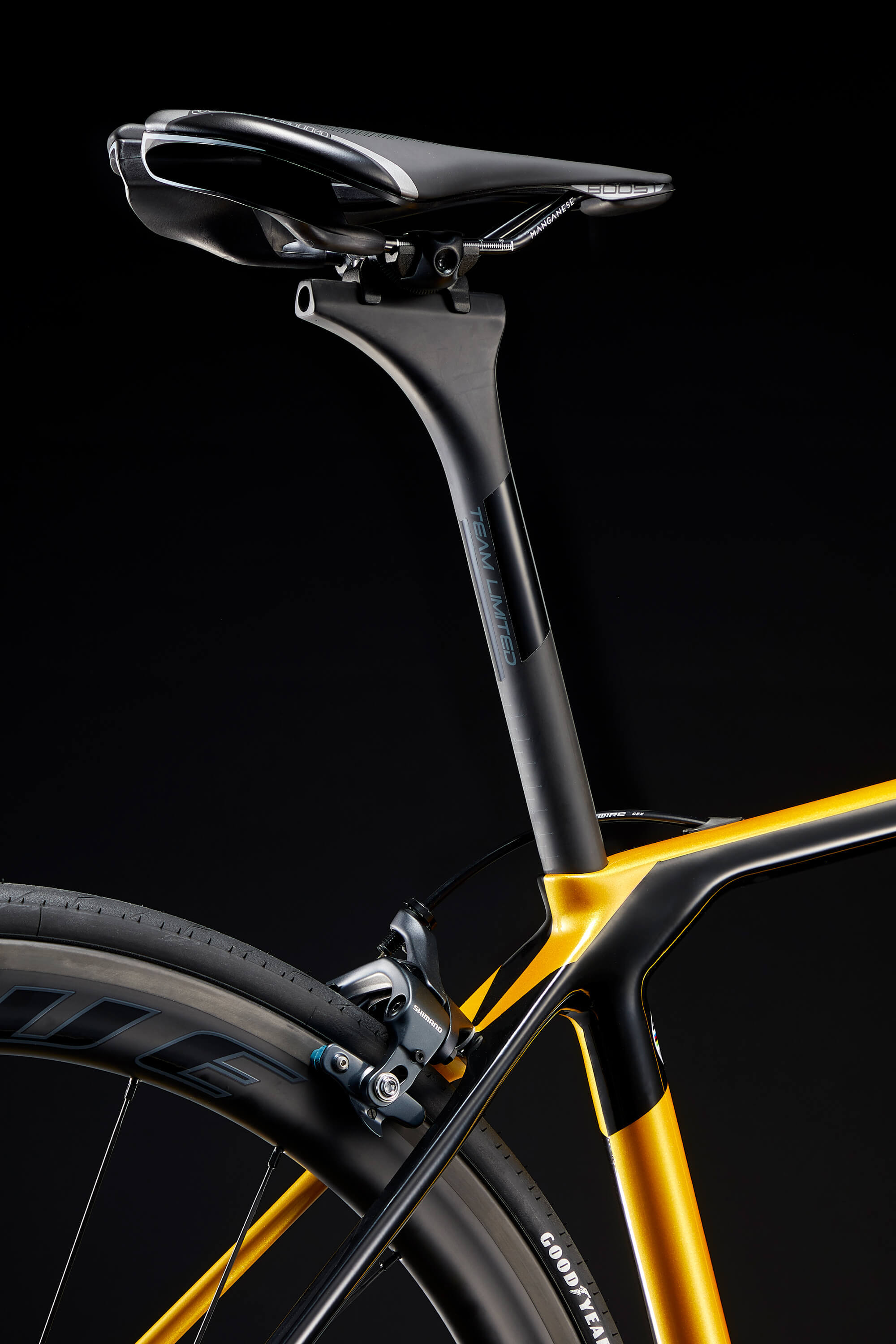 Short version saddle is coming in the new generation, Italia premium brand Selle Italia is 100% handmade by Italia to making the latest NOVUS BOOST saddle. To integrate the Novus line comes to the Novus Boost Superflow. Its compact shape with the innovative beveled tip making for a wholly adaptable sit, the double-density padding just on the strategic zone of the saddle, and the large cut on the center from the Superflow technology make this saddle the newest of the last generations. 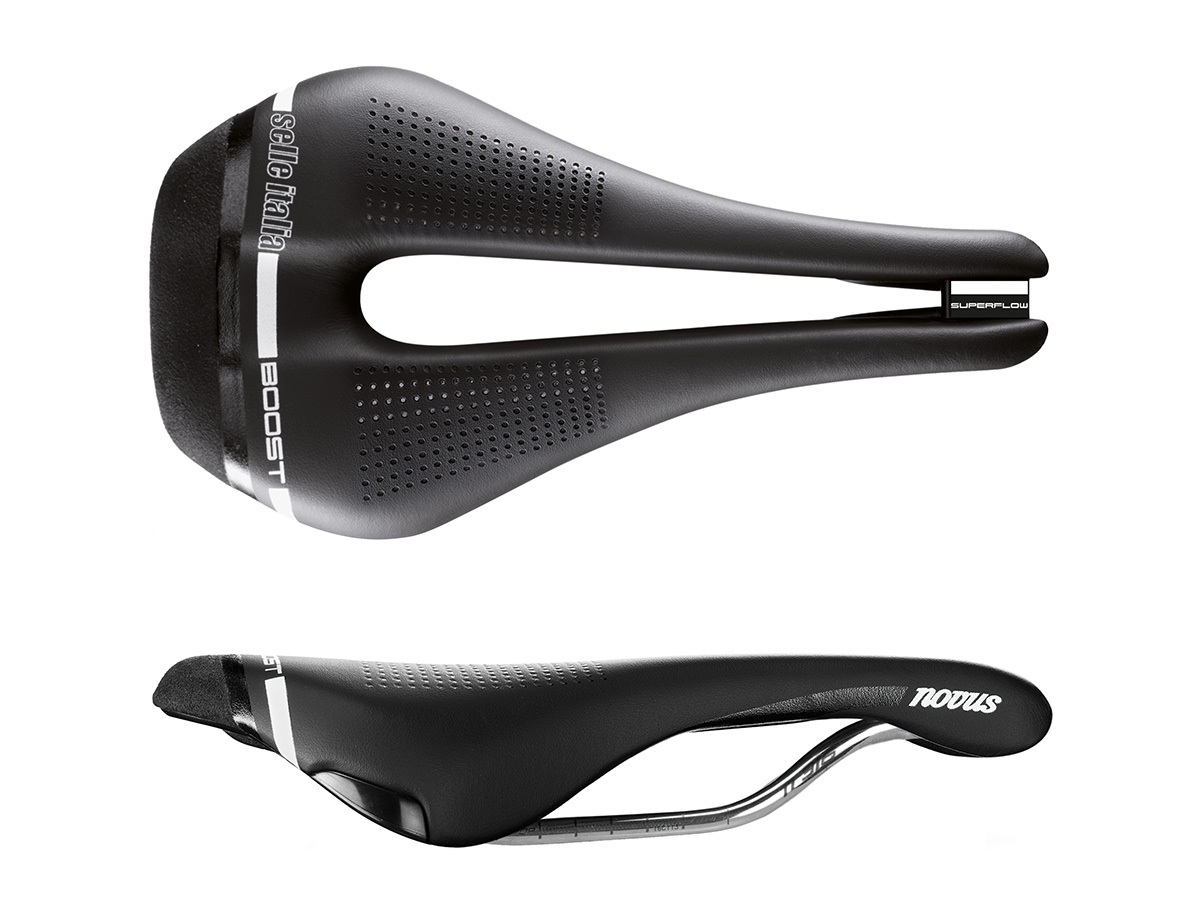 Using the highest level of anti-dirty PU material, a non-general foam material can be repeated scrub, 0.3mm thick design to enhance the overall comfort of the grip. 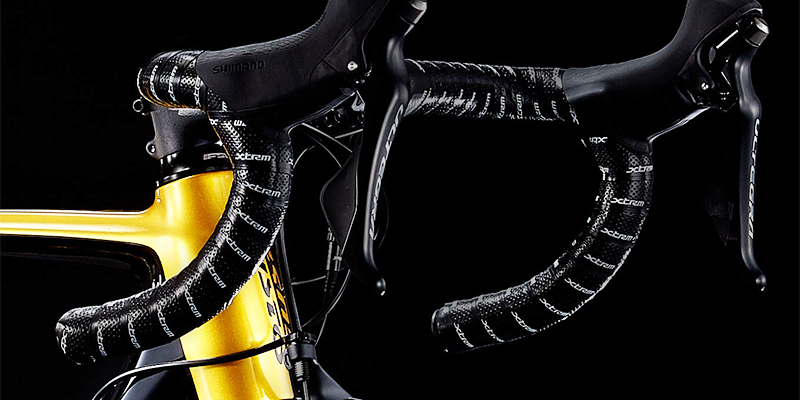